ASKING ALEXANDRIA has given fans a belated Christmas surprise today by releasing a deluxe version of its phenomenally successful self-titled album. The release, titled “LP5 DLX”, celebrates the second anniversary of the release of “Asking Alexandria” and features six bonus tracks. Previously unheard gems such as a full-band version of hit single “Vultures”, the original demo of “Rise Up”, a Hyro The Hero mash-up of “Where Did It Go” and a Dex Luthor remix of “Alone In A Room” accompany the additions of the acoustic version of “Alone In A Room” and the band's rendition of “Perfect” taken from ASKING ALEXANDRIA's live session at SiriusXM.

Guitarist Ben Bruce says: “We are excited to celebrate the release of our self-titled album by sharing with you this deluxe edition that includes some extra goodies for you all to enjoy, including the very first idea/recording of 'Rise Up' and an all-new, full-band performance of our dark single 'Vultures'. I hope you all enjoy these new renditions of some of our favorite songs from the last album. We love you guys and can’t wait to share what’s next with you all!”

“LP5 DLX” is accompanied by the release of two special commemorative posters, available for purchase at AALP5DLX.com.

“Asking Alexandria” spawned massive radio hits “Alone In A Room”, “Vultures” and “Into The Fire”. To date, it has has amassed over 134 million Spotify streams and over 73 million YouTube views.

ASKING ALEXANDRIA has spent the end of 2019 hard at work in the studio, writing and recording its sixth studio album and follow-up to “Asking Alexandria”. 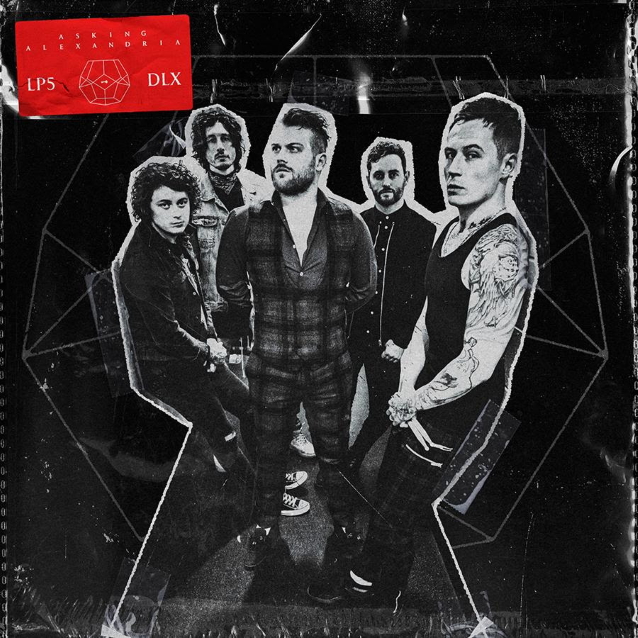