Kirk Windstein, the highly respected sludge metal pioneer and unmistakable earthmoving bellow of CROWBAR, stomps forward as a solo artist for the very first time. On January 24, 2020, Entertainment One (eOne) will release “Dream In Motion”, Windstein's singular debut and a recording that sees the dark lord of the southern riff stretch his creative wings and strengthen his indelible legacy.

Recorded in Windstein's native Louisiana over a period of two years between tours and over holidays, “Dream In Motion” is a powerfully moving recording that pulls from every corner of the riff king's three-decade-plus career. The LP owns a lyrical depth, emotional weight, and musical muscle forged from the fires of thousands of worldwide live shows, a well-earned reputation for creating the melancholic melody that has become synonymous with New Orleans heavy metal, and a reflection on a life well-lived. Windstein's solo foray is a heartfelt throwback to album-oriented-rock supremacy, eschewing the predictable acoustic record route for a more straight-ahead guitars approach, albeit one that's no less soulful or meditative than CROWBAR fans expect. Kirk handled all vocal duties, guitars, and bass on the album, with drums and effects by longtime producing partner and collaborator, Duane Simoneaux (CROWBAR, DOWN, EXHORDER).

A first taste of what Kirk's solo debut holds in store can be experienced now as Windstein drops a video for the record's title track. Directed by Justin Reich (BLACK LABEL SOCIETY, ROYAL THUNDER), “Dream In Motion” makes its debut.

“The idea to record a solo album started out as, 'I'm going to do an acoustic record,' but that's just so cliché, you know?” says Windstein. “Nothing against that, but It's been done a million times. But I had been thinking about doing something a little more mellow for some time. It's something I wanted to do, I needed to do. It's another side of my songwriting, my personality. It's another side of me. It's something I did for myself. It's not even that this isn't heavy, because there are bits and pieces that are very heavy. But even the heaviest riff on this is something I couldn't really do in CROWBAR. If some CROWBAR fans don't like it, I'll understand. But I hope people dig it.”

The end result is simply stunning. Single note guitar work, simple power chords, clean tones, thundering five-string bass guitar, and standard tuning with nary a “drop” to be heard. “Dream In Motion”, which opens the record, is a barn-burning, rock 'n' roll song with just a taste of aggressive attitude. “Hollow Dying Man” is all vibe, with huge melodies and a hardscrabble blue-collar authenticity. The record closes with a faithful rendition of one of Windstein's most enduring favorites: “Aqualung”, the title track of JETHRO TULL's 1971 conceptual masterpiece.

Windstein and friends will celebrate the impending release of “Dream In Motion” with a special hometown listening party, set for December 28 at Riffer Madness in Jefferson, Louisiana. 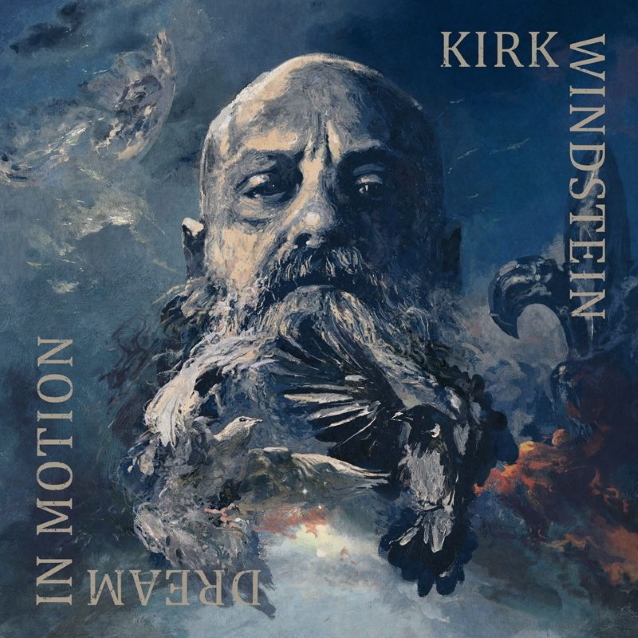