There is always a bit of “what is new this time” or “what direction do we take this time” regarding a new release from Kreator.

A band that isn´t afraid to test their own and their fans boundaries of what to explore next. It is a feature that has not always helped them. But 15 albums in, you must forgive them for trying things out here and there to have a bit of fun.

This album is no exception. “Become Immortal” has Steve Harris written all over it. Galloping rhythm all the way through a midtempo song oozing Iron Maiden.

But we start the album with an (as always) hideous intro. Waste of my time. But it is almost as it is needed to rev the Kreator engine up for speed. Because “Hate Über Alles” explodes out of the speakers with a high-quality scream and ferocious tempo in true Kreator fashion. So far so good.

We go heavy, we go fast, we go a bit towards political messages in the lyrics, but we always go hard. This is German thrash.

Kreator to me has gotten cleaner regarding their sound with every album. German thrash in my opinion is and has always had a dirtier, grittier sound. Kreator have done their part to clean up that image. There might have been rough and sharp edges but as time has gone by, I feel that these edges have consistently gotten softer, and the sound is more and more fluffy.

From “Enemy of God” and forward my thought is that they have gotten musically more fluent and smoother. It even feels funny writing that about a thrash band. But in the scheme of things, I feel it is a fair description of the development of this band.

Just listen to the song “Midnight Sun”. Bringing a soft female voice into a Kreator song and putting it in the forefront in a pretty hard song is reason enough for you to develop a tick just because it is so out of place in a way. For me, it lifts the song a few levels and is the standout track of this album.

The feeling after dissecting this album note by note is that Kreator are continuing their development in the thrash compartment, but refining it Kreator style.

It even feels funny writing that about a thrash band. But in the scheme of things, I feel it is a fair description of the development of this band. 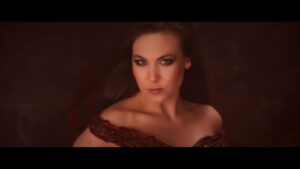 “Archangel” is the new single from Amaranthe’s upcoming album

Disturbed Release single & video for the new song “Hey You”

Nightfall – At Night We Prey

Prepare for Exodus as Korpiklaani and Zetro team up